One of the great benefits of using state-of-the-art NLP models like those available in Haystack is that it allows users to state their queries as plain natural language questions: rather than trying to come up with just the right set of keywords to find the answer to their question, users can simply ask their question in much the same way that they would ask it of a (very knowledgeable!) person.

But just because users can ask their questions in "plain English" (or "plain German", etc.), that doesn't mean they always will. For instance, a user might input a few keywords rather than a complete question because they don't understand the pipeline's full capabilities, or because they are so accustomed to keyword search. While a standard Haystack pipeline might handle such queries with reasonable accuracy, for a variety of reasons we still might prefer that our pipeline be sensitive to the type of query it is receiving, so that it behaves differently when a user inputs, say, a collection of keywords instead of a question.

For this reason, Haystack comes with built-in capabilities to distinguish between three types of queries: keyword queries, interrogative queries, and statement queries, described below.

In this tutorial you will learn how to use query classifiers to branch your Haystack pipeline based on the type of query it receives. Haystack comes with two out-of-the-box query classification schemas, each of which routes a given query into one of two branches:

With all of that explanation out of the way, let's dive in! 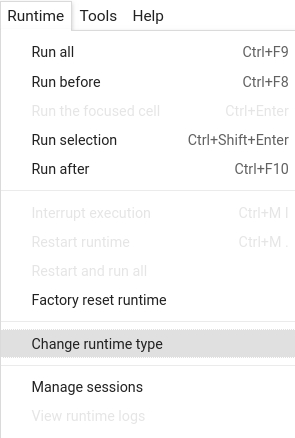 Next we make sure the latest version of Haystack is installed:

We configure how logging messages should be displayed and which log level should be used before importing Haystack. Example log message: INFO - haystack.utils.preprocessing - Converting data/tutorial1/218_Olenna_Tyrell.txt Default log level in basicConfig is WARNING so the explicit parameter is not necessary but can be changed easily:

Trying Some Query Classifiers on their Own

Before integrating query classifiers into our pipelines, let's test them out on their own and see what they actually do. First we initiate a simple, out-of-the-box keyword vs. question/statement SklearnQueryClassifier:

Now let's feed some queries into this query classifier. We'll test with one keyword query, one interrogative query, and one statement query. Note that we don't need to use any punctuation, such as question marks, for the query classifier to make the right decision.

We will test this classifier on the two question/statement queries from the last go-round:

Using Query Classifiers in a Pipeline

Now let's see how we can use query classifiers in a question-answering (QA) pipeline. We start by initiating Elasticsearch:

Next we fetch some data—for our example we'll use pages from the Game of Thrones wiki—and index it in our DocumentStore:

Pipelines with Keyword vs. Question/Statement Classification

Our first illustration will be a simple retriever-reader QA pipeline, but the choice of which retriever we use will depend on the type of query received: keyword queries will use a sparse BM25Retriever, while question/statement queries will use the more accurate but also more computationally expensive EmbeddingRetriever.

We start by initializing our retrievers and reader:

Now we define our pipeline. As promised, the question/statement branch output_1 from the query classifier is fed into an EmbeddingRetriever, while the keyword branch output_2 from the same classifier is fed into a BM25Retriever. Both of these retrievers are then fed into our reader. Our pipeline can thus be thought of as having something of a diamond shape: all queries are sent into the classifier, which splits those queries into two different retrievers, and those retrievers feed their outputs to the same reader.

Below, we can see how this choice affects the branching structure: the keyword query "arya stark father" and the question query "Who is the father of Arya Stark?" generate noticeably different results, a distinction that is likely due to the use of different retrievers for keyword vs. question/statement queries.

The above example uses an SklearnQueryClassifier, but of course we can do precisely the same thing with a TransformersQueryClassifier. This is illustrated below, where we have constructed the same diamond-shaped pipeline.

Pipeline with Question vs. Statement Classification

To illustrate one potential use for question vs. statement classification, we will build a pipeline that looks as follows:

To make things more concrete, our pipeline will start with a retriever, which is then fed into a TransformersQueryClassifier that is set to do question vs. statement classification. Note that this means we need to explicitly choose the model, since as mentioned previously a default TransformersQueryClassifier performs keyword vs. question/statement classification. The classifier's first branch, which handles question queries, will then be sent to the reader, while the second branch will not be connected to any other nodes. As a result, the last node of the pipeline depends on the type of query: questions go all the way through the reader, while statements only go through the retriever. This pipeline is illustrated below:

And here are the results of this pipeline: with a question query like "Who is the father of Arya Stark?", we obtain answers from a reader, and with a statement query like "Arya Stark was the daughter of a Lord", we just obtain documents from a retriever.

TransformersQueryClassifier is very flexible and also supports other options for classifying queries. For example, we may be interested in detecting the sentiment or classifying the topics. We can do this by loading a custom classification model from the Hugging Face Hub or by using zero-shot classification.

We can use a public model, available in the Hugging Face Hub. For example, if we want to classify the sentiment of the queries, we can choose an appropriate model, such as https://huggingface.co/cardiffnlp/twitter-roberta-base-sentiment.

In this case, the labels parameter must contain a list with the exact model labels. The first label we provide corresponds to output_1, the second label to output_2, and so on.

You can also perform zero-shot classification by providing a suitable base transformer model and choosing the classes the model should predict. For example, we may be interested in whether the user query is related to music or cinema.

In this case, the labels parameter is a list containing the candidate classes.

This Haystack notebook was made with love by deepset in Berlin, Germany

Some of our other work:

By the way: we're hiring!

Edit on GitHub
Start a Discussion!